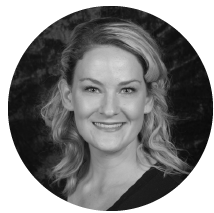 Michelle Walker has been a member of Voices New Zealand Chamber Choir since 2013. She was conferred a BMus in Voice in 2010 from Otago University under the tutelage of Isabel Cunningham. She is a New Zealand Secondary Students’ Choir alumni (2005-2006). She has performed with Opera Otago and with several musical theatre companies. Her previous roles include Narrator Joseph and the Amazing Technicolour Dreamcoat, Westend to Broadway, Tonina First the Music then the words, Baroness Sound of Music, and Carlotta The Phantom of the Opera, for which she was nominated Best Supporting Actress at the Otago Southland Theatre Awards (2015). She was a soloist at the Southland Last Night of the Proms and recently performed in concert alongside Rebecca Ryan and David McMeeking with the Invercargill Symphonia (June 2017).