As a nationally selected choir of the highest calibre, VOICES is a chamber choir that is flexible in size, and capable of performing a wide repertoire. Many of the singers are alumni of the New Zealand Youth Choir.

Recent performance highlights include the 2018 European Tour to London, Hamburg, Berlin, Aix-en-Provence and Barcelona, appearances in Jack Body’s Passio, Tippet’s A Child of our Time and Britten’s War Requiem (all Auckland Arts Festival), and Ross Harris’ Requiem for the Fallen (also NZ Festival and Dunedin Arts Festival). A sell-out gala concert with Dame Kiri Te Kanawa was one of the classical highlights in the 2016 New Zealand Festival. VOICES performed an especially commissioned work The Unusual Silence by Victoria Kelly at the WW100 commemorations in Le Quesnoy, France in November 2018. VOICES created a new, dramatically-staged, environmental programme Toanga Moana in 2019 which toured to nine New Zealand centres with Chamber Music New Zealand.

Critically acclaimed recordings include Spirit of the Land (winner of a 'TUI', a New Zealand Music Award for Best Classical Album), and Voice of the Soul.

With its distinct New Zealand sound, performing music from Aotearoa/New Zealand and infusing the qualities of its pacific origins into the classic choral repertoire, VOICES has established itself as the country’s premier national and professional choir. VOICES regularly performs at Arts Festivals around the country, collaborates with orchestras, Chamber Music New Zealand, Taonga Puoro and other artists across creative genres.

VOICES tours internationally and is the choir-of-choice for arts festivals and special projects.

THE HALL & Taonga Moana in the South Island
April 2021

A voices ensemble of 12 singers worked with theatre company Bullet Heart Club on their new immersive theatre piece The Hall. The work tells the story of a family impacted by Dementia and is told through word and songs inspired by the Sacred Harp genre and specifically composed for this theatre piece by Pat Irwin (known for his work with the B52's).
Voices NZ then performed Taonga Moana at the Festival of Colour in Wanaka. 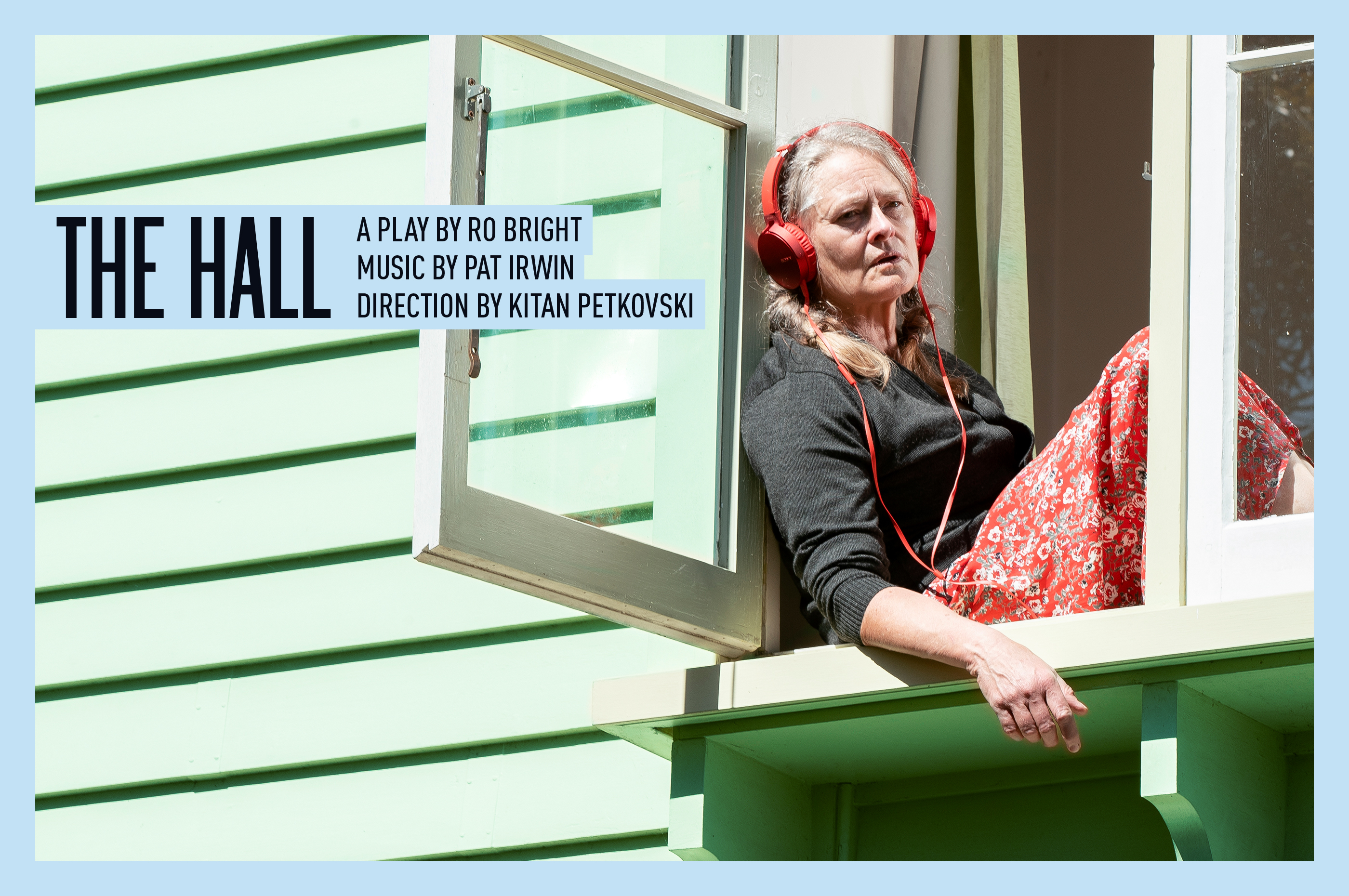 Taonga Moana - A love letter to the oceans, is an innovative, fully staged concert event that Voices NZ toured to 9 centres in New Zealand to overwhelming audience response: 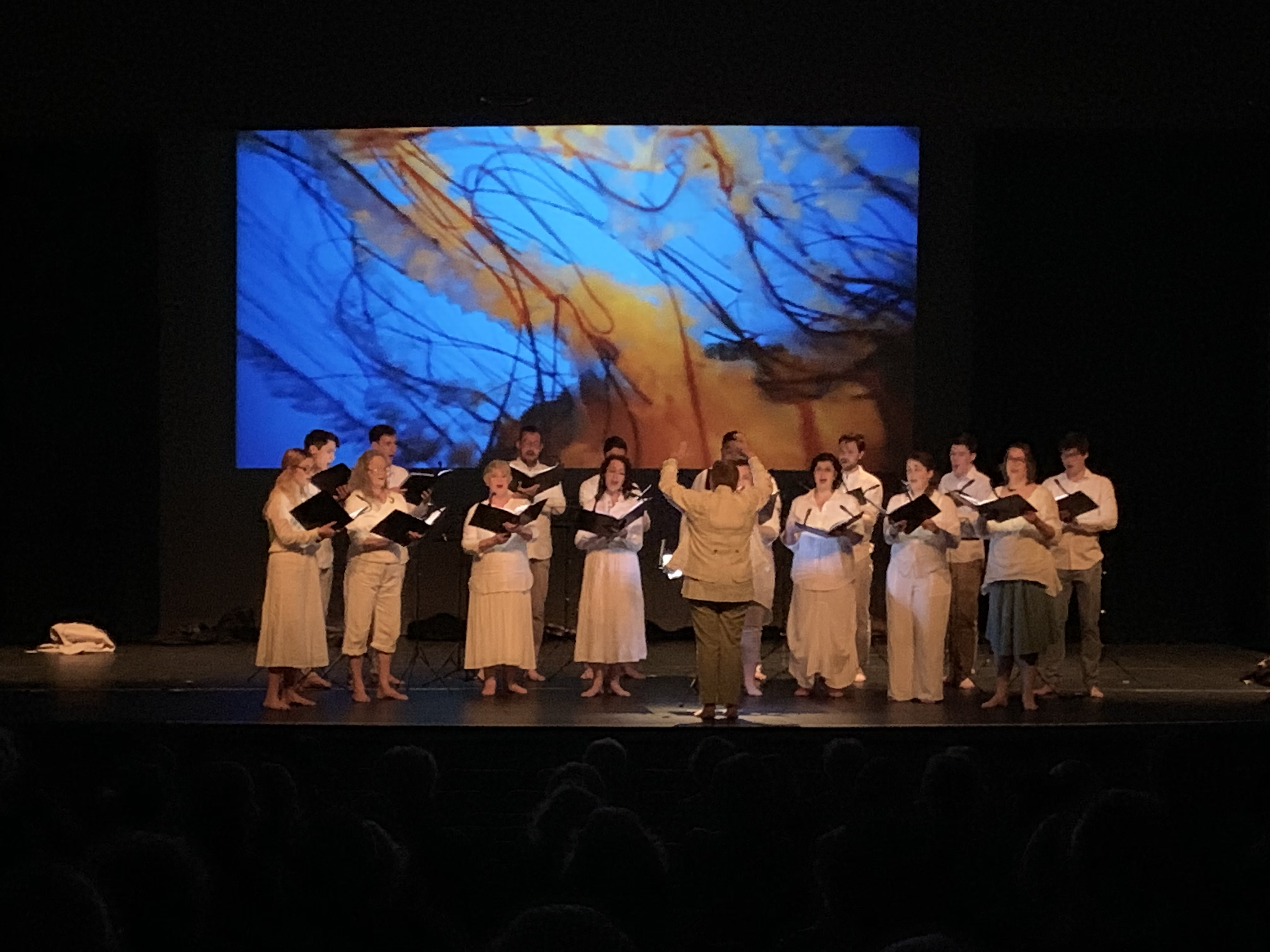 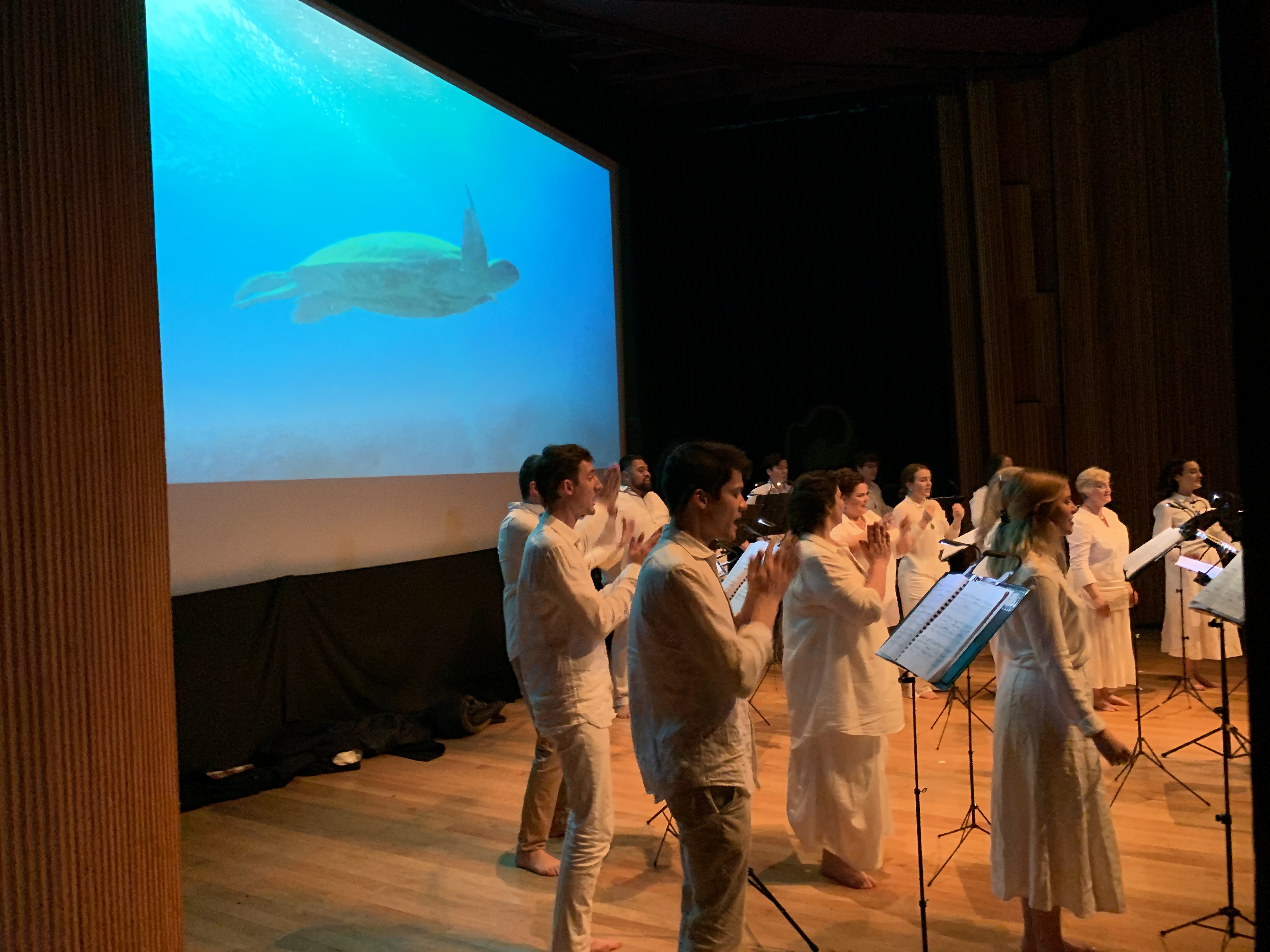 Performing jointly to celebrate The King's Singers 50th and Voices NZ's 20th anniversaries at the New Zealand Festival in Wellington and Auckland Arts Festival this concert was seen by nearly 3,000 people. The Wellington concert was also recorded by Radio New Zealand for future broadcast. This concert also featured the world premiere of the commissioned 'This Watershed Time' by New Zealand composer Leonie Holmes. 'It was an unmitigated pleasure to experience the vocal sheen and expertise when the two groups joined forces' - The New Zealand Herald. 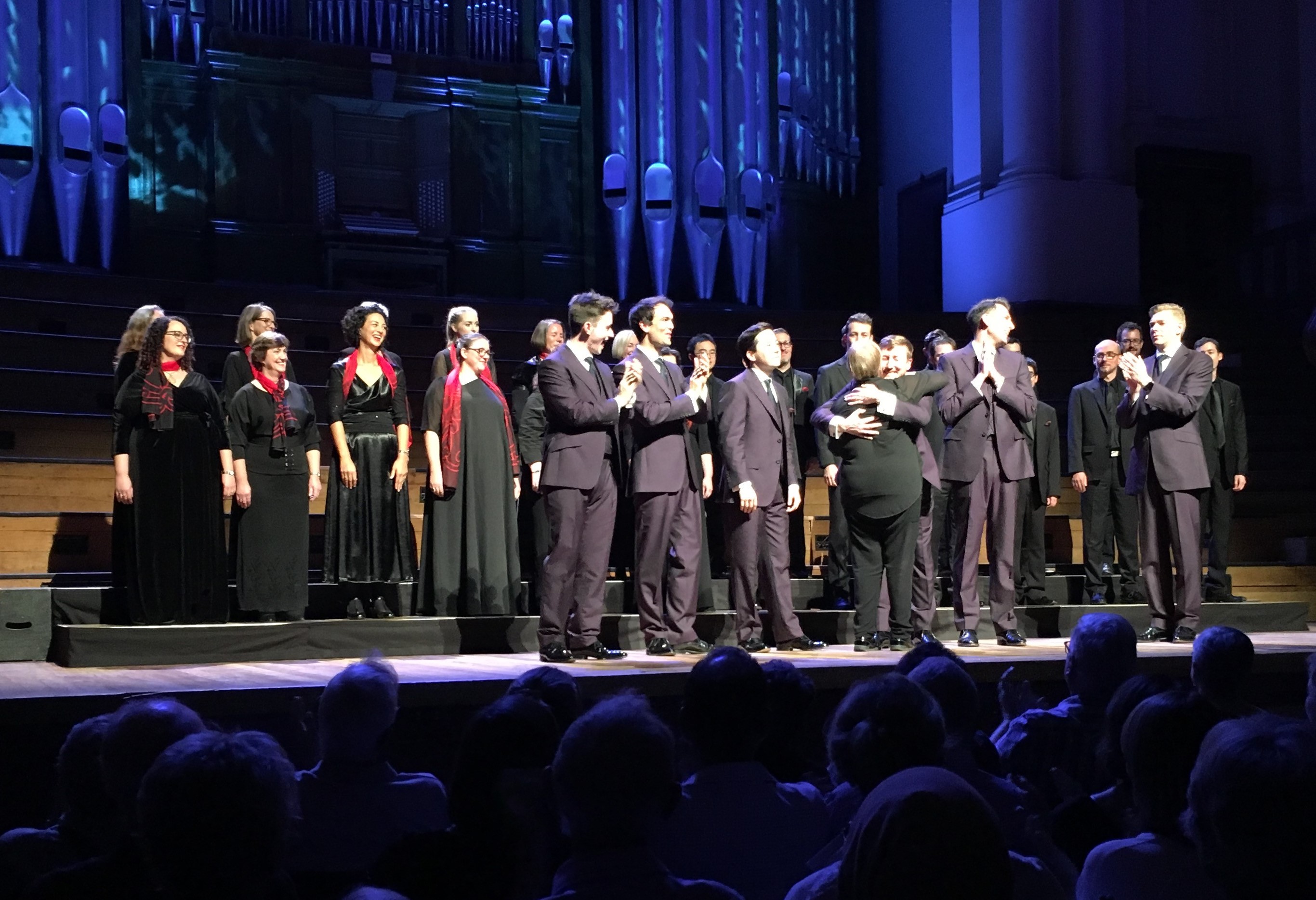 Immersive and surprising, the staging of late New Zealand composer Jack Body's PASSIO invited audience members to promenade around and passed soloists, orchestra and choir, creating an experience that many regarded as their festival highlight in 2017. Featuring soprano Madeleine Pierard, Auckland Chamber Orchestra and VOICES, conducted by Peter Scholes and Karen Grylls.

“The full immersive festival experience… for 75 minutes, we were almost part of one of the greatest stories ever told” New Zealand Herald

“The soloists, Lachlan Craig as St Mathew, Joel Amosa as Christ and Madeleine Pierard as the holy spirit were a trio of exceptional voices” National Business Review 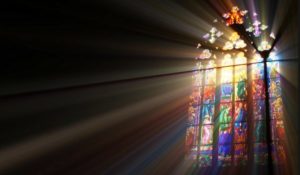 This one-off, sell-out New Zealand Festival gala recital in Wellington featured one of the most honoured sopranos of all time – Dame Kiri Te Kanawa – as soloist and alongside the ‘supreme polish and breath-taking accuracy’ The Dominion Post of Voices New Zealand Chamber Choir. Supported by internationally renowned piano accompanist Terence Dennis in works by Schubert, Strauss and Brahms.

Requiem for the Fallen at Auckland Arts Festival
13 March 2015

Voices NZ and the NZ Youth Choir under their respective Music Directors, Karen Grylls and David Squire, jointly presented a recital entitled ‘Ata Reira’ in Auckland Town Hall. With Kristin School’s Euphony and James Tibbles on organ performing Bob Chilcott’s ‘Canticles of Light’ in a programme around the first light of dawn.

In November 2014, Voices New Zealand Chamber Choir performed in Sydney and Melbourne. It was the second time in the choir’s 16-year history that it visited Australia – in 2000, the female chorus of Voices NZ collaborated with the New Zealand Symphony Orchestra for a performance at the Sydney Olympic Arts Festival.

The spine-tingling call of a conch shell, the strains of Hildegard von Bingen and medieval organum intertwined with traditional Maori, Samoan, and Taiwanese chant. Music inspired by New Zealand's geographical landscape, including Helen Fisher's Pounamu, with its haunting Maori flute accompaniment. Folksongs from the British Isles, Europe and Scandinavia, as well as our neighbouring countries in the Pacific. A successful Voices NZ Chamber Choir tour of Wellington, Napier, Auckland, Christchurch and Dunedin.

Tour of Argentina and New Zealand
2011

In August 2011, VOICES was one of the 24 international choirs appearing at the 9th World Symposium on Choral Music in Puerto Madryn in Argentina. In the same year the ensemble performed two nationwide tours, including a tour with the NZSO performing Beethoven’s ‘Ode to Joy’ and a national tour of ‘Voices of Aotearoa’ for Chamber Music New Zealand.

In 2010, Voices NZ joined the New Zealand Symphony Orchestra (NZSO) in a performance of Mahler's Symphony No 8, conducted by Vladimir Ashkenazy. This concert was the opening Gala performance of the NZ International Arts Festival in Wellington and was broadcast live on a large screen in Wellington’s Civic Square and on the Internet, reaching an audience of thousands.

'Spirit of the Land' wins a TUI, a National Music Award
2006

A recording featuring New Zealand repertoire and composers - including two pieces commissioned especially for the choir with the assistance of Creative New Zealand won Best Classical Album at the 2006 NZ Music Awards. 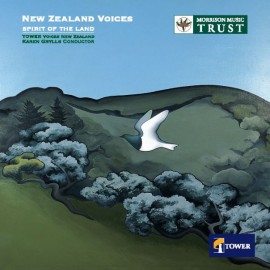 In May 2005 the choir represented New Zealand at the 9th International Chamber Choir Competition in Marktoberdorf, Germany.

World premiere concert and CD recording of the Vanhal Masses for Naxos with the prestigious Aradia Ensemble from Canada.